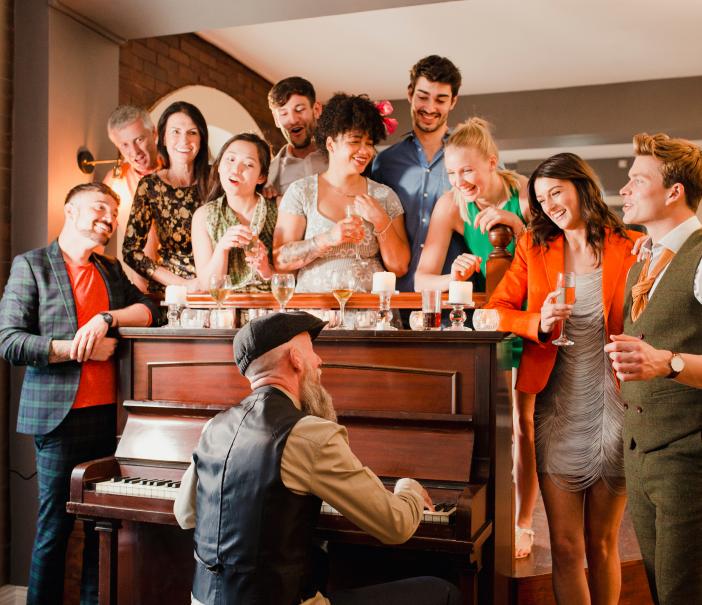 You love to sing but don't have any musical education? Then this is for you! Sing modern songs and have fun in singing together.. Choraoke-style.

Join the choir and sing with your friends. The project will be led by Priscila Da Costa.

You love to sing but don't have any musical education? Then this is for you! Sing modern songs and have fun in singing together.. Choraoke-style.

Join the choir and sing with your friends. The project will be led by Priscila Da Costa.

Thank you for your patience and keep singing! 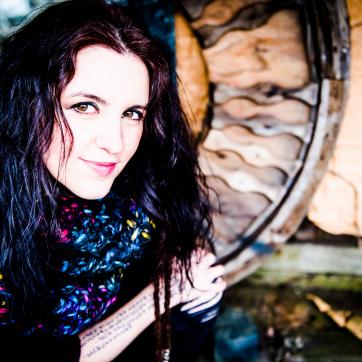 Priscila Da Costa, from Portuguese origins, was born and raised in Luxembourg. At the age of 26, after she got her master degree in law, she decided to listen to her heart and radically changed her path, investing all of her energy in that passion that was, since always, hiding deep down herself: music!

The adventure started with an acoustic cover duo (The Glass Arrows), where she also started playing guitar along with Yacke Stein. Her powerful voice brought her in a Hard-Rock band, The Filthy Broke Billionaires (who changed their name to The Velvet), one of the revelation bands from 2015 on the Luxemburgish rock scene.

Later, she became the first singer and ambassador of the Songwriters Grund Club, known to be a community of local artist who perform on different stages regularly and who recently performed beautifully as the closing act on the main stage of the Rock um Knuedler 2018.

In 2015, she started giving singing lessons in a private art school (Foyer des arts) until 2018. In 2017 she went to Seattle to do an intensive training in vocal technique, specialized in Rock singing. She got her Certified Instructor diploma from The Vocalist Studio after being coached by the Maestro Robert Lunte himself.

In 2016, Priscila started performing as a guest-singer within the Remo Cavallini Band, one of the most brilliant and influent names in the blues music scene in Luxembourg and Grande-Region.

In 2018, she finally released her first EP, a melodic Rock project called Ptolemea. After many years of hard work and determination, Priscila realizes this unique project in her career: a key step in her musical and spiritual path that allows her to assert her identity as an artist. With Ptolemea, she aims for authenticity and remains faithful to what’s closest to her heart (Rock music) by composing and performing intricate and powerful songs.

Following yesterday’s announcements of the government, INECC Luxembourg has to cancel all its events, workshops and rehearsals until July 31rd 2020.